There’s a fix coming for rising oil levels in the CR-V and Civic, but your eligibility largely depends on where you live. Honda’s N60 service campaign will attempt to fix the oil dilution problem with software updates to the transmission control module and electronic fuel injection system. Additionally, drain plug washers and climate control units may be replaced.

More About the Fix ∞

What about an extended warranty in the USA? ∞

For now, it isn’t clear if Honda USA will offer a similar warranty extension or include the Civic as part of their service campaign. Spokesman Chris Martin says ”this is an extreme cold weather issue related to drivers who rarely drive longer than very short trips” and that it’s ”not very common in the US” when compared to overall sales volume.

He does know it gets really cold in many states, right? And there sure are a ton of complaints for something that’s “not very common.”

This engine isn’t producing enough heat, and there are long-term concerns about the diluted oil properly protecting the engine, the heater not working in colder climates, and exposure to a car that smells like the inside of a gas can. 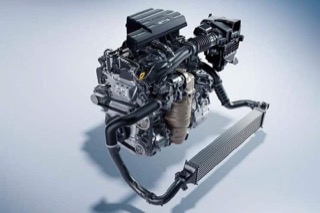