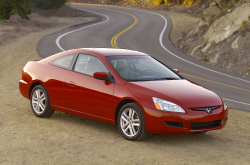 Honda wants to settle up a decade-old lawsuit about downshifting transmissions with an offer so low it's borderline insulting. A 2009 lawsuit says 5-speed automatic transmissions in some 2002-2004 Honda and Acura vehicles have a defect in the 3rd clutch. That defect can cause the transmission to suddenly downshift from 5th to 2nd gear. That's one way to reach your heart rate goal on your FitBit.

Honda has continually denied the allegations but are ready to put this whole ordeal behind them with a ... checks notes ... $25 credit towards the future purcahse of Honda parts. And you must live in California. Oh I'm sorry, should I have told you to sit down first?

There's a lot more to this settlement and David Wood over at CarComplaints.com has done an excellent breaking down the settlement terms. A final approval hearing is scheduled for January 19th, 2021.

Not only is the offer low, but the eligibility requirements are extremely restrictive.

So congrats to the 10 of you that qualify and are about to get a small credit towards new rims.