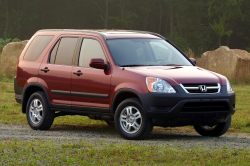 Honda would like a do-over on a previous CR-V recall that was supposed to prevent the power window switches from melting and starting fires. Reports of fires and thermal events, such as melted switches, have actually surged since the vehicles were "fixed" following a 2012 recall. Honda now admits the repairs were probably insuffcient. 😳