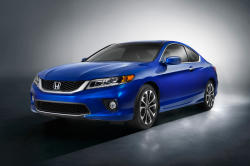 A Honda owner has petitioned the government to look into some bizarre and dangerous power steering issues in the 2013 Accord. The owner claims the car suddenly pulls to the side without any warning. And he's not alone. There are hundreds of steering complaints about wonky steering behavior, particularly in the the 2013 model year.